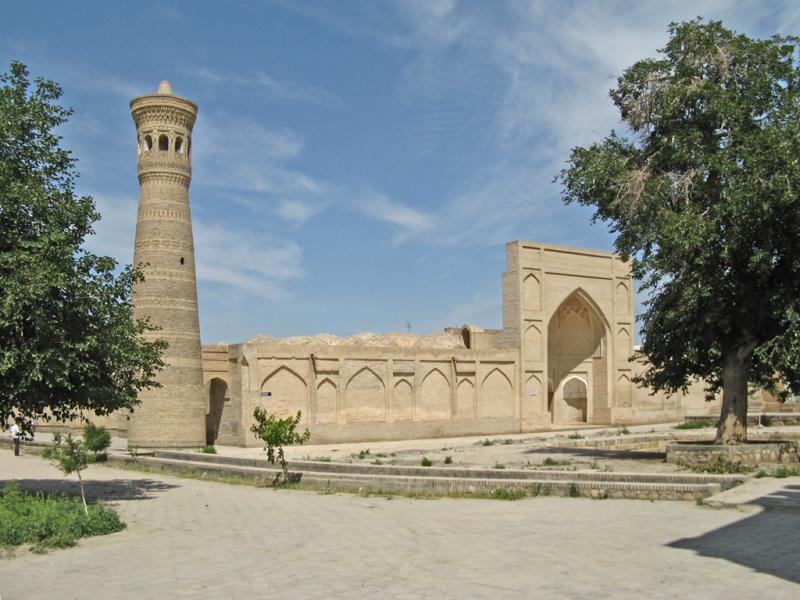 One of the major ensembles in the center of the city is Khodja-Gaukushan. Gaukushan means "one who kills bulls". In the 16th century there was a slaughter-house at that place. The Gaukushan Madrasah was erected in 1570 at the bifurcation of streets, that explains its trapeziform. This, however, did not hinder the preservation of the traditional courtyard lay-out. In 1598 Juibar Sheikh Khodja Kalon built a mosque for Friday prayers, a juma mosque that was named "the Khodja Mosque".