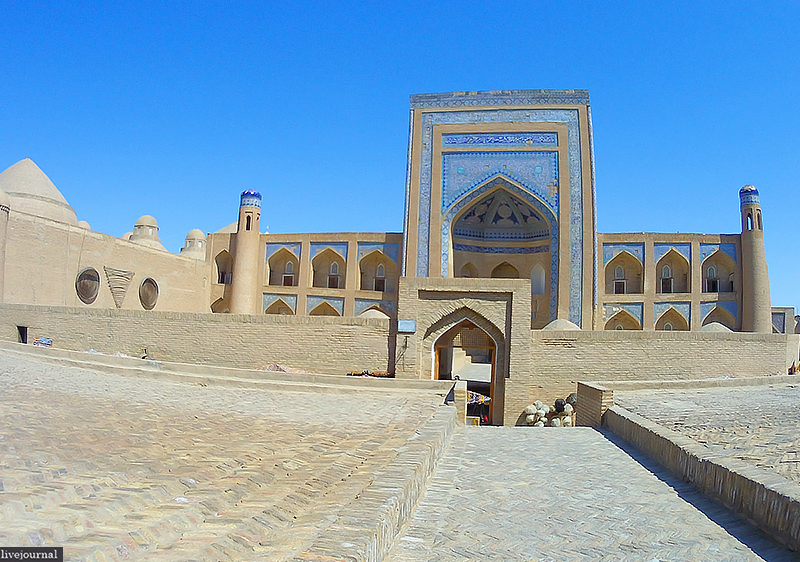 Оne of the oldest madrasah in Khiva

Khoja Berdibai madrasah was built not far from the Khiva eastern gates – Palvan-Darvoza by initiative of rich and esteemed residents in 1688. This madrasah is one of the oldest madrasah which survived in Khiva up to date. The majority of well-known Khiva monuments belong to later period - to the XVIII-XIX centuries.

The madrasah is a rectangular building with a courtyard. When it was functioning, in the corners of the courtyard there were ayvans where the madrasah teachers and students used to have a rest in the hottest hours. By tradition the entrance doors were decorated with wood carving.

The madrasah interior decor is rather ascetic. The painted wooden grids (panjara) only, on the windows add the madrasah some oriental charm There is a darskhona – a study room for the students in the remote corner of the madrasah. It represents a square domed room. Since the madrasah is rather small there are only 16 khudjrs (cells) were the madrasah students lived.