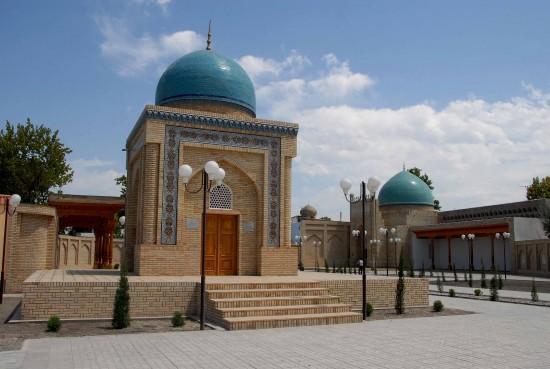 This memorial complex is named after saint Pir Siddiq. The legend says that the saint Pir Siddiq, escaping from the infidels, had hidden in a cave, and pigeons platted nests and bricked the entrance. And when pursuers had reached the cave and saw the pigeons, calmly sitting in their nests, they went by them, deciding that a man could not hide there, otherwise the birds would have shown concern. Thus, the pigeons have saved a saint. Hence the complex has the second name - "Kaptarlik," which means "dove".

Pir Siddiq Complex was built in the middle of the XVIII century. With the lapse of time it has been surrounded with an architectural complex including a mosque, minaret, courtyard with a tomb, darvozahona and dovecote.

In the courtyard there is the mausoleum, oriented to the north, in which allegedly the saint Pir Siddiq is buried. Its extended portal is combined with square chamber containing arched headstones - Sagan. Feature of the architectural composition of the mausoleum is the peculiar portal. It is a kind of screen in the shape of decorated wall with slim angled columns, completed domed lights, exceeding the portal. Columns are decorated with carved by ganch geometric pattern.