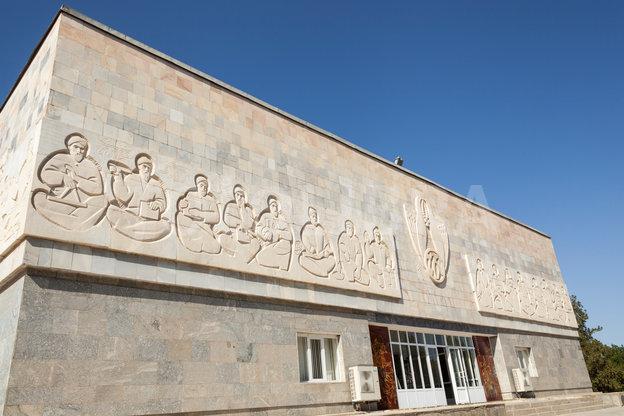 Afrasiab Museum in Samarkand is a museum in Samarkand dedicated to the history of the city. The museum is located in the northern part of Samarkand, round central bazaar, near the hills of the ancient settlement of Afrasiab.

Afrasiab, once located in the heart of ancient Samarkand, was destroyed by the Mongols in the early 13th century. The museum's exhibits illustrate the history of Samarkand’s development from the time of Alexander the Great conquest. The findings discovered during archaeological excavations at Afrasiab, each of which belongs to a different period of the settlement history are one of the most valuable artifacts of the museum. These include ossuaries, fragments of ancient swords, knives, arrows, coins, pottery and frescoes of Samarkand palace belonging to the Ikhshidid dynasty (7-8th centuries).

Archeological excavations and the study of the ancient city began in the late 19th century and are underway to the present day. The most valuable exhibits of Afrasiab museum also include unique pieces of wall paintings dating back to the 7-8th centuries, depicting hunting scenes and holiday celebrations. The museum building designed by the Armenian architect Bagdasar Arzumanyan in 1970 is more than 40 years old.