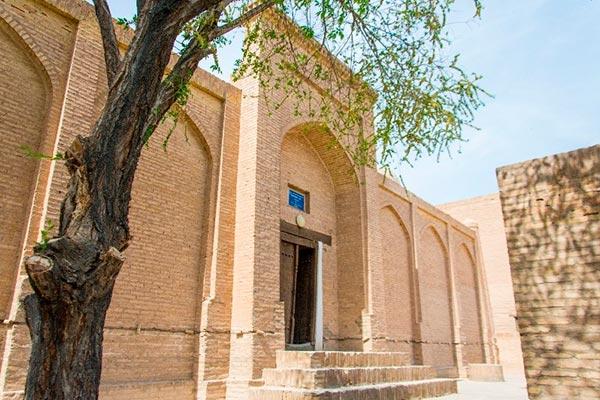 Madrasah is located north of the Juma Mosque in Khiva. This madrasa built by one of the richest merchants in 1905. Madrasah performed by major masters and Khiva Khudaybergen Haji Qalandar Kochum. Reservations were facing the front part of the east and the south side of the corridor is designed to enter the madrasah.

In madrasah there are more than ten hujras for students, darshana and southern dome mosque. Matpanabay descendants live in Tashauz Turkmenistan.

In 2001, in the premises of the madrasah were opened exhibition, Museum of the History of "Avesta", dedicated to the 2700 anniversary of the inception of this famous book of ancient Khorezmians.

"Avesta" is not only an invaluable historical work, which has incorporated the religious evidence and concepts of our ancestors, as well as unique historical source, at the same time she is honored by the scientific community and the world as a valuable historical heritage. Taking this into account the international organization UNESCO at its 30th session, held in November 1999 in Paris, decided to wide celebration of the 2,700 th anniversary of "Avesta". Anniversary celebrations were held in the homeland of "Avesta" in Uzbekistan, more precisely, in Khorezm.

Visiting the museum of "Avesta" you get a lot of information about the most ancient history, lifestyle, rituals and customs, spiritual culture, science and other fields related to the life of the peoples of Central Asia and in the whole of the East.