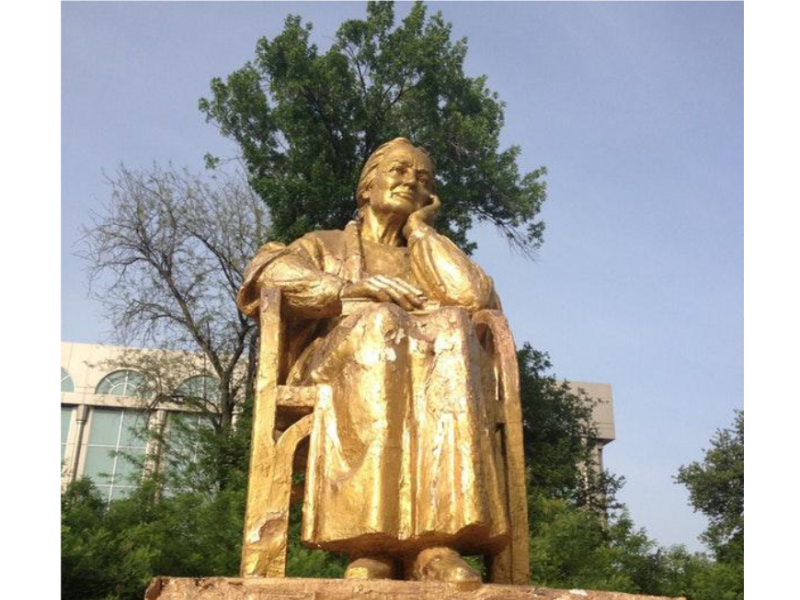 On 1 March, a monument to famous poetess Zulfiya opened in the center of Tashkent.

Heads of state and public organizations, poets and writers, relatives and others participated in the opening. Mayor of Tashkent A.Tukhtayev opened the solemn ceremony.

The monument has been raised in accordance with the resolution of the President of Uzbekistan dated 13 September 2007. It was created by sculptor Ravshan Mirtojiyev.

Zulfiya is author of tens of books and hundreds of poems promoting morality and patriotism. For many years, she was the editor-in-chief of the popular women’s magazine Saodat.