The Karakalpakstan State Museum of Art named after I.V. Savitsky 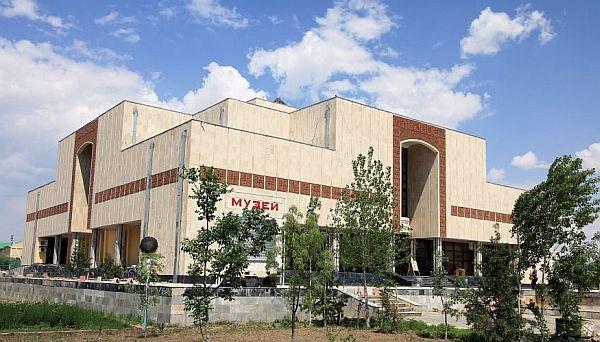 Only few Museums in the Republic of Uzbekistan can boast of such a unique collection of paintings by Russian artists as The Karakalpakstan State Museum of Art named after I.V. Savitsky ("Savitsky Museum"). First of all, we should say about Igor Savitsky, the Moscow artist. Igor Savitsky arrived in Nukus in 1950s, and in 1966 he was appointed the director of the Museum. Then he got an opportunity to purchase works of art.

Originally he was engaged in archaeological research and ethnography of Karakalpaks, later he became interested in the acquiring works of contemporary art, which were forbidden by existing political regime. Risking to be listed to the category of "public enemy", Savitsky collected forbidden works of the artists, which later got the name of avant-garde. As a result, he collected avant-garde works of 50.000 units and post-avangard period of Soviet art. Nukus was located far from the official centers and therefore Savitsky succeeded in hiding his collection. The Savitsky Museum's collection possesses over 90,000 exhibits, including a collection of Russian avant-garde artists, the art of ancient Khorezm, complemented by excellent copies of some exhibits of Louvre in Paris. The Karakalpakstan State Museum of Art named after I.V. Savitsky does not yield to even the world-famous Russian Museum in St. Petersburg and the Tretyakov Gallery in Moscow. According to experts and the world press, collection of the museum is the best art collections in the Asian region and has the world's second-largest collection of Russian avant-garde. Collection, stored in the Savitsky Museum, admired ambassadors, both former and present, of many leading world powers - Britain, France, Germany, Japan, as well as advisers and Cultural Attache of these countries, representatives of UNESCO, the United States.